Turning family fact and myth into a novel

I’ve known Heather Rosser for more than ten years. During that period of time, I’ve watched as her novel, In the Line of Duty, has grown from its inception to its publication a few weeks ago. 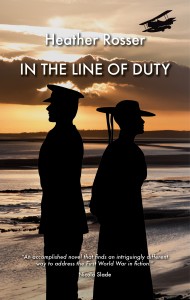 In the Line of Duty, by Heather Rosser

I’m delighted, therefore, to welcome Heather to my blog this week. Unusually for me, I intend to step back and allow her to speak to you herself.  So it’s over to you, Heather!

‘Sorry, Liz, that you were unable to come to my First World War ‘street party’ to celebrate the launch of In the Line of Duty, but I know you were there in spirit! Oxford Writers Group, family and friends rallied to make it a lovely occasion. 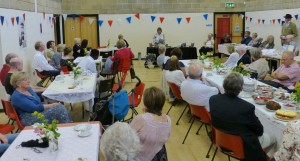 The launch party in Oxford for In the Line of Duty

I guess all families have skeletons in the closet! When my cousin began delving into why our grandfather had been disgraced as a Royal Naval Air Service sea plane pilot, my uncle declared, ‘It’s a can of worms!’ This, of course, immediately made us want to open the tin.

The staff of the Fleet Air Arm Museum were very helpful and I was able to build up a picture of what it must have been like for my grandfather and his observer to track enemy shipping, a basket of pigeons being their only method of communication. 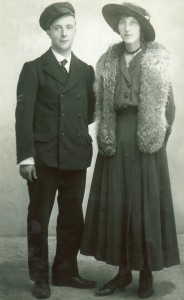 Heather’s grandfather in RNAS uniform, and her grandmother: Harvey and Elsie Dyke

My grandfather’s disgrace was only one of the closely guarded family secrets: there was another. No one knew the identity of the mother of my grandfather’s eldest son who was brought up by my great-grandparents.

My mother had hinted about it and had even begun to write a family memoir. She had talked about my great-grandfather, Humphrey, who was a Detective Inspector with the railway police. The story goes that in 1912, when he was working at Llandudno Junction in North Wales, he and Alice, his wife, walked from Conwy to visit an old Celtic church, fell in love with the view and built a holiday home there. The house remained in the family for sixty years and I loved spending summer holidays there when I was a child.  The idea of turning my grandfather’s story into a novel came very soon after my mother’s death. 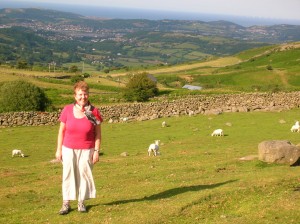 Heather near the family home in Wales and the old church

I returned with my husband and daughters several times while I was writing my novel. Recently I was delighted to see the old church at Llangelynin featured in a TV series about sacred places. My grandmother used to be the key holder and one summer I helped her serve tea to hikers coming up the mountain from the Conwy Valley or the coast.

I chose my title, In the Line of Duty, to reflect the romance of railway journeys as well as the conflicts between duty and desire ever prevalent in war-time. In the novel, I tell the story of William through the eyes of Alice, his mother, and Lottie his sweetheart. It’s a story very loosely based on that of my grandfather. The family lived in Wembley, which used to be a wealthy London suburb, but I’ve changed this to Belsize Park which has remained affluent and so is more plausible to the reader. Very little is known about my grandmother’s family so I have given free reign to my imagination in creating Lottie, her wayward sister and their conventional parents who own the grocer’s shop opposite Llandudno Junction station.

I have loved researching and writing my book and I hope some of you will enjoy reading it. You will be able to buy it through bookshops, and through Amazon. To buy through Amazon, click here.’ 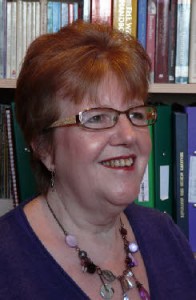 Many thanks, Heather. I wish you every success with In the Line of Duty.

2 Responses to Turning family fact and myth into a novel 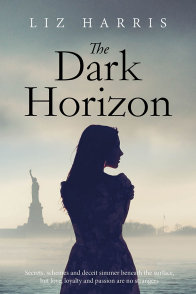