The Art of Deception (A Dangerous Heart) 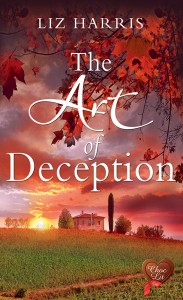 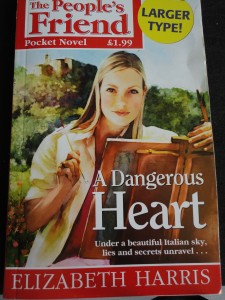 Since her father’s death when she was 8, Jennifer O’Connor had been frequently told by her bitter mother that the people responsible for his death were the Castanien brothers.

Years later, when looking for a position as an Art teacher, Jennifer is stunned to see that a Max Castanien is looking for someone to teach Art classes throughout the summer at his house in Umbria. She finds out that this is the same family, and that Max is the only surviving Castanien brother, and she decides to apply for the job, hoping that by getting to know Max she will be able to learn why he and his brother behaved as badly towards her father as they did, and so bring closure to her family.

Living and teaching in one of two houses on Max’s property, situated on the slopes leading away from Montefalco, looking across the plain to Bevagna, Jennifer finds herself drawn to Max, a handsome, charming man. Refusing to face this attraction, she has to keep on reminding herself that the only reason she wants a close relationship with Max is to lead him into accounting for his past behaviour towards her father.

As for the members of her Art class, all is not necessarily what it seems to be…

THE ART OF DECEPTION, a Choc Lit Lite novel, was published October 2013. It was originally published as A DANGEROUS HEART, a People’s Friend Pocket Novel, March, 2012

As A DANGEROUS HEART, it has been available in large print from UK libraries from May 2013

I go to Italy every year, to Umbria, to the area in which I’ve set The Art of Deception, and I always visit Bevagna and Montefalco when I’m there, so when I decided to write a pocket novel, I instantly thought of that beautiful part of the world.

I then thought about my heroine, Jennifer, and I decided to make her a teacher as that was a profession I knew about. In an area as beautiful as Umbria, it was inevitable that there would be Art courses, so Jennifer became an Art teacher.

A successful businessman with a great appreciation for aesthetics would be the perfect match for Jennifer, I decided, and Max Castanien was born. He was a man who purchased a house in Italy on the spur of the moment, and who realised that, with the help of the right person, he could realise his dream.

And then came the story…

My research was the most pleasant kind – wandering through the streets of two places I love, seeing again the glorious views, revisiting their art galleries, museums and places of interest, and capturing some of them with my camera. To lift the words of someone else, it doesn’t get much better than that!